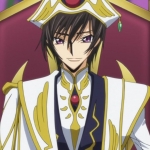 "Once upon a time the was a vampire (let's call him Nospheratu). This Nospheratu was young back then, but he was also smart and strong. As he got older and mature he got more and more aware that someday he'll reach his personal limit of power. So he went to the Humans and offered them help in fighting fellow vampires (well, he was doing it anyway, after all) in exchange demanding their help in his getting more and more powerful. And such crazy Humans were found!

Those were the Hellsings. AFAIK Hellsings sat once at the original Round Table held by King Arthur so it's to suggest that their clan is quite old, too. So this Nospheratu comes to the Head of the Hellsing clan and says "Care for a deal? My power against your knowledge". And thus Hellsings became the coolest clan around and started doing the operative job all over Albion.

And they also perform all kinds on the poor guy late known as Alucard making an absolute invincible fighting machine out of him. He doesn't mind since getting more power is what he always wanted and does all the dirty work for Hellsings. Everyone's happy.

But it seems so only at the beginning. In fact, Alucard is not. Not quite, at least. That's why he sometimes breaks loose and goes out for blood, literally. One of such outbreaks was possibly described by Stoker. That explains why the doctor was named "Hellsing" - after all, Nospheratu was their employee. Or was it just a pleasant vacation he did there?...

And it was after such an outbreak that Integra Hellsing's father imprisoned him. Because only he knew Alucard's weak points having studied them for decades. Twenty years later a girl named Interga who quite coincidentally is the only daughter of the Hellsing Senior stumbles across bonded Nospheratu and feeds him with her own blood.

While imprisoned, Alucard had lots of time to think about his own behavior and to decide whether it's better to cooperate or not. And he decided for the first option, declaring Integra his master. Since then he is her faithful servant.

However, young as she is, Integra doesn't really know what Alucard's true interest in all this human affair is. And he, being tactful, kindly waits 'til she discovers the truth (or whatever half-truth he wants her to discover) and carries on what his father was doing.

I am also pretty sure that Walter knows a lot more about "Lord Alucard" than Integra since he was fighting on his side in WWII (as stated in manga). For example he knows what guns and ammunition Nospheratu favors.

And so the story goes. I've told it in my own words that somehow came into my head while writing this post. This is my personal vision and I don't mind if somebody wouldn't accept it. Amen.